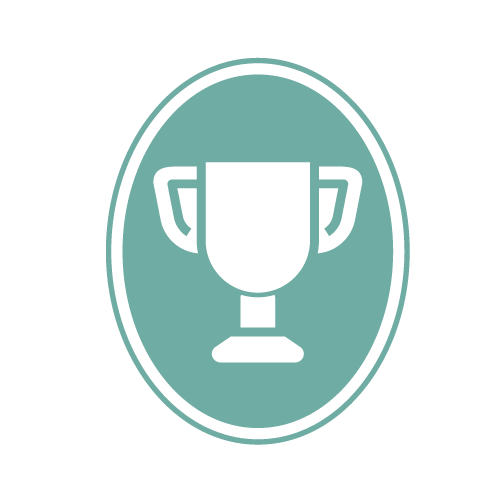 Burnaby has hosted  an international bantam tournament since 1962 making this one of the longest running tournaments in the world.

In 2015, the tournament was reimagined to honour the legendary Pat Quinn and the Pat Quinn Classic was created.  Delivered and supported by hockey and community partnerships, the tournament carries forward the legacy of Pat Quinn and his passion for developing great athletes and leaders.  The PQC has established itself as one of the preeminent tournaments in North America.

Supporting and celebrating academic excellence is central to the PQC. To date the tournament has raised over $75,000 for the Pat Quinn Scholarship Fund that supports high performance athletes pursuing postgraduate studies.  The fund is managed by Hockey Canada Foundation and more details can be found here.  The Vancouver Canucks Alumni Association have been a long time tournament partner and provide three $1,000 scholarships to tournament players annually.  For more information on criteria and past winners click here.

This tournament is another chapter in Burnaby’s impressive hockey history.

See the Past Winners and MVPs from previous Pat Quinn Classics

We recognize the ancestral and unseeded homelands of the hən̓q̓əmin̓əm̓ and sḵwx̱wú7mesh speaking people and to extend appreciation for the opportunity to hold our tournament on this territory.

Nestled in the heart of Metro Vancouver, lies the growing, multicultural urban centre of Burnaby.

With 130 parks, Burnaby is known as a green city. One quarter of the city is lush green park space —the highest percentage for any North American city. These parks house extensive walking, hiking and biking trails, and remarkable natural attractions such as Burnaby Lake, Burnaby Mountain Conservation Area and Deer Lake Park.

Burnaby is centrally located in British Columbia’s Metro Vancouver region. The region is comprised of 12 distinct communities, including Vancouver, Richmond and West Vancouver, and totals 2.5 million residents. Together, the communities comprise one of the world’s most cosmopolitan and dynamic cities.

Packed with breathtaking mountains, oceans, lakes, rivers and beaches – the region is renowned for its incomparable natural beauty. The North Shore Mountains rise 5,000 feet from the Pacific Ocean creating an unparalleled, snow-capped backdrop.  This provides the venue for a vast array of outdoor activities such as cycling, hiking, kayaking, golfing, skiing and snowboarding. Mountains and oceans create the backdrop for some of the region’s most notable attractions such as Stanley Park, Granville Island, Grouse Mountain and the Capilano Suspension Bridge.

Roster
Each team roster may contain a maximum of 17 skaters and 2 goalies in uniform, 3 coaches, 1 manager and 1 safety personnel.

Affiliate Players (AP’s)
Affiliate players are permitted as per PCAHA Rulebook (See Section 25-29).  AP’s must be on the registered team roster.

Protests
No protests will be accepted. Referees decisions are final.

Timeouts
No timeouts in the round-robin or consolation games. Each team gets one 30 second timeout in all playoff games.

OT – Round Robin
No overtime.

OT – Playoffs
There will be a 5-minute, stop time, 3 on 3 sudden death period to determine the winner. The teams will remain in the same ends of the ice as the third period. If no winner is decided during the overtime, a 3-man shoot-out will decide the game. If still tied after the first 3, there will be a sudden death shootout. Each team must use every player on the bench before allowing the first shooter to go again. Players will shoot alternately at each end until the match is decided.

Mercy Rule
If there is a five-goal differential then game play will be switched to a running clock, in the second and third period only. If the differential drops to less than 5 goals stop time will resume.

Coach Misconduct
If a coach is removed from a game because of a misconduct, they will be suspended for an additional game in the Pat Quinn Classic.  The Disciplinary Committee as deemed necessary may implement further suspensions and/or removal of a coach from the Pat Quinn Classic.  There is zero tolerance towards a coach showing abuse towards an official or player(s).

Fighting
Any fighting misconducts will result in an automatic game ejection.  Players with a fighting misconduct will be accessed a two-game suspension as per BC Hockey.  The Disciplinary Committee as deemed necessary may implement further suspensions and/or removal of a player or players from the Pat Quinn Classic.

Gross/Match Misconduct
Any Gross/Match penalty will be an automatic suspension from the tournament.

Tournament Points
Two points will be allocated to the winning team, one point for a tie and zero to the losing team.

Standings After Round Robin
Standings are based on points obtained.

Tie Breaker:
Once the first seeded team is identified in the 3 or more-team tie breaker, the process begins back at the beginning format, and is repeated until all ties are resolved.

When 2 teams are tied:

When 3 or more teams are tied: